China sends data to Earth from Space through quantum satellite

China sends data to Earth from Space through quantum satellite

As one of the major nations actively investing on Science and Technology, China has recently show off their amazing product, they sent data from space to Earth using quantum satellite.

According to reports, this successful utilization of quantum cryptography could make data unhackable, in a huge world first for cybersecurity and a major step toward realizing their global quantum network plans.

In a world of computers, security has one of the main backlogs that different developers are facing, and here’s come quantum technology that many expert sees as the key for a better and safer browsing of media of today.

The step of the Xi Jinping-led nation, now considered as huge and first for the country and the world of quantum communication, researchers at the Quantum Experiments at Space Scale (QUESS) project have used a quantum satellite and quantum cryptography to transmit data to Earth from space.

Reports said that this data is potentially unhackable, thanks to quantum key distribution (QKD) technology. This was the first such transmission from the satellite, which was launched in August of 2016.

Today, encryptions are based on traditional mathematics. For now, they are mostly safe from hacking, but quantum computing would be able to completely change encryption as we know it now.

In line with that, China is hoping to utilize transform encryption using quantum cryptography, and QKD technology in particular. QKD uses photons to transmit data, allowing two users in different places to, together, produce a common string of random bits called a secret key.

Furthermore, this kind of encryption is unhackable because there is no way to copy a photon in a precise enough way for hacking purposes, and measuring a photon would disturb it, clueing in the users about the disruption.

Experts and observers foreseen now of world with unhackable future because quantum technology could have huge implications in cybersecurity.

With the newest technology, businesses would be safer online, and e-commerce would be free of problems caused by hacking and identity theft. The tech would also make it far more difficult for governments to spy on private communications — something that global leaders and agencies around the world have a vested interest in.

The Beijing’s breakthrough transmission traveled about 1,200 kilometers to Earth from space, making it up to 20 orders of magnitudes more efficient than an optical fiber of the same length would be.

Also, this transmission is much further than the previously understood limits of several hundred kilometers.

According to the country’s Science agency, the advancement is part of China’s overall push to become a major presence in space by 2030, a plan that includes reaching Mars by 2020. 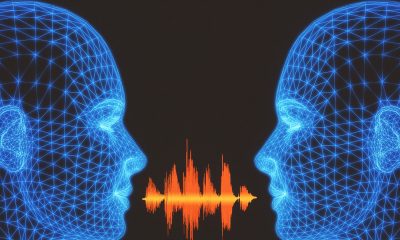 johnSeptember 8, 2017
Read More
Scroll for more
Tap
IBM scientists hold 330TB uncompressed data in a small cartridge
This countries allow transgender people to serve its armed forces
We use cookies to ensure that we give you the best experience on our website. If you continue to use this site we will assume that you are happy with it.OkPrivacy policy