Coast Guard in Subic searches for the missing fisherman in WPS

Coast Guard Station Subic personnel is still on search for the fisherman who went missing since May 23 while on fishing venture at vicinity of West Philippine Sea, 130 nautical miles off Subic, Zambales.

Information revealed that on May 27, a certain Mr Jonnifer Basillote, boat captain and operator of FB Al Francis reported to CGS Subic that one of his fishermen namely Mr Larry Delos Santos, 24 years old went missing in the Scarborough Shoal Area.

According to Mr. Basillote, the said missing fisherman did not follow his order to take the given course towards the location of the mother boat. Delos Santos was last seen borrowing four (4) liters of gasoline from FB Mark Jean, another fishing boat positioned at vicinity 25 nautical miles Southeast of Scarborough Shoal. Mr Basillote added that they conducted search and rescue operation to Mr. Delos Santos from May 23 at 8AM to May 24 at 4PM but yielded negative result.

Further, they sought assistance of Coast Guard Station Subic for another search and rescue operations.

CGS Subic alerted all fishing boats transiting within the area of incident to be on the look out of the said missing fisherman. CGS Subic also advised the captain of the fishing banca to file a marine protest relative to the incident

Military Force to use by U.S. and Allies If China construct new structures in West Philippine Sea 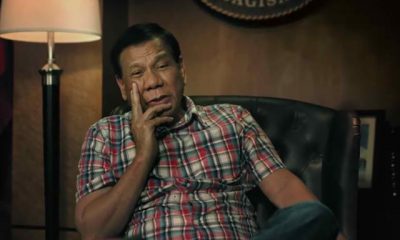