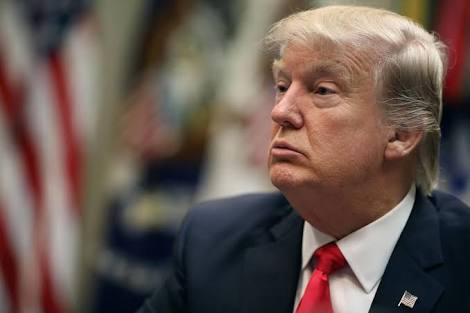 Trump’s ban on the entry of people from seven predominantly Muslim countries means no visa interviews, a source of information and contacts for America’s spies.

Business tycoon-turned politician has said his executive order limiting immigration and travel from seven Muslim nations would make the U.S. safer if implemented — but diplomats and former CIA officials warn it would cut off an important source of intelligence for American spies.

In an interview with a well- known website, current and former CIA official who had knowledge over the issue believe that the visa process for the seven targeted countries also happens to be a little-publicized stream of data and human assets for U.S. agencies such as the CIA.

Aside from helping U.S. officials learn about trends in various countries—including Iran, the nation the White House just put “on notice” over its moves in the Middle East—visa applications and interviews are a way to recruit local intelligence agents or, in some cases, meet face-to-face with people known to be potential threats to America.

“In case of some of these countries, the visa interviews are an important source of information about what’s going on,” said a former senior State Department official familiar with consular matters. “In a visa interview, you can say, ‘How’s the economy? How’s work? How are things going? Is there food in the stores?’”

Added a State Department source: “It would be hard to find a consular officer who spent any time on a visa line anywhere and did not feel the need to pass information to the CIA on at least one occasion.” State department source added.

Following the Jan. 27 executive order, the U.S. stopped accepting visa applications and interviewing would-be visitors from Iran, Iraq, Syria, Sudan, Somalia, Libya and Yemen. The goal, the White House says, is to keep out potential terrorists while the U.S. institutes new security safeguards after a 90-day review that could, for some of the countries, translate into an indefinite ban.

Meanwhile, the week-old order was blocked nationwide on Friday by a federal judge in Washington state pending further court hearings.

“There have been times when people whom we know are bad people have come in for an interview and we do the interview anyway because we want to know what this person is up to,” said a former U.S. official familiar with intelligence gathering.

As of writing, the White House did not immediately respond to a request for comment on this story. The CIA declined comment.

If the ban is extended indefinitely, or if it’s expanded to include other countries as some Trump aides have suggested is possible, the intelligence community may get restless, said Thomas Sanderson, a senior fellow at the Center for Strategic and International Studies.

Intelligence officials will tell Trump, “‘You have cost us opportunities to screen and engage people from countries from which or about which we need information and often times don’t have good access,’” Sanderson predicted.

He also warned that if the targeted countries reciprocate by banning Americans altogether, that could also undercut U.S. intelligence officials by depriving them of knowledge gleaned from business leaders, academics and other Americans who once were able to travel to the countries in question.

johnMay 22, 2017
Read More
Scroll for more
Tap
Apocalypse moves 30 seconds closer to midnight, says BPA
Three giant candy companies to cut chocolate bars size by 20%
We use cookies to ensure that we give you the best experience on our website. If you continue to use this site we will assume that you are happy with it.OkPrivacy policy