This edible spoon is the future of eco-friendly utensils 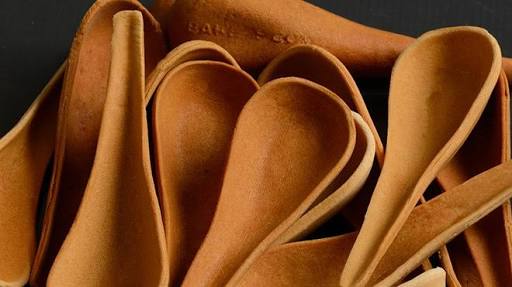 In order to compete the growing dependence of consumers to the plastic utensils, an inventor spearheaded an edible utensils to combat this problem.

The environment-centered products was brought to us by Bakeys, the manufacturers and creators of this product in an effort to get our volumes up to compete with plastic.

“Eat your utensil and prevent waste at its source” This is the message of the manufacturer in initiating this campaign and eco-friendly product.

The manufacturer also encourages people across the world to change the way they eat and think about waste!

Bakeys also understand how important it is to be able to provide delicious cutlery that can be eaten by anyone.

The edible utensils creator wanted to start a cutlery revolution.

In fact, about 40 billion plastic utensils are used just within the United States within a year.

Worldwide, this becomes a figure at 16 times this magnitude. A majority of these utensils are only used once and then discarded.

Compostable utensils made of corn may seem like an answer to the problem. But it turns out, a good percentage of corn based biodegradable utensils are thrown into landfills anyway, where they will remain for a very long time without degradation.

The goal of the campaign is to provide a replacement for the current disposable utensils on the market, in the midst of world’s globalization.

According to Bakeys, a standard environment where the spoons are exposed to nature, they will degrade within 10 days or be eaten by other animals, similarly to a biscuit that may be thrown outdoors.

Ingredients of an edible utensils

Our ingredients are as simple with absolutely no preservatives. The lack of water, moisture, or fat in our product allows it to have a long shelf life without the need for extra preservatives. They include: sorghum flour, rice flour, and wheat flour. However, because we knead our dough through a certain method, our final product contains less than 10 ppm in gluten. Though we are not yet certified gluten free, we are working on it, and our ultimate goal is to create a formulation that requires absolutely no wheat.

Bakey’s first offering, the edible lunch spoon, goes perfect with ice cream, yogurt, and a variety of soups. The spoon itself does not degrade within liquids due to the presence of a large quantity of sorghum, a hearty crop that is strong, abundant, and requires very little energy for cultivation.

The creator choses to utilized sorghum as our primary ingredient.

As they explained, compared to sugarcane and corn, which are the major crops currently used for biodegradables, sorghum requires far fewer nutrients and water for cultivation.

In the end, the proponent are needing people’s support in their crusade to replaced plastic utensils that currently used by big fast food restaurant around the globe, they also wanted change and cultivate our ways and culture of EATING.

johnJune 29, 2017
Read More
Scroll for more
Tap
This incredible device turns air pollution into usable ink
Chinese firms offer military equipment to PH, says Manila defense chief
We use cookies to ensure that we give you the best experience on our website. If you continue to use this site we will assume that you are happy with it.OkPrivacy policy