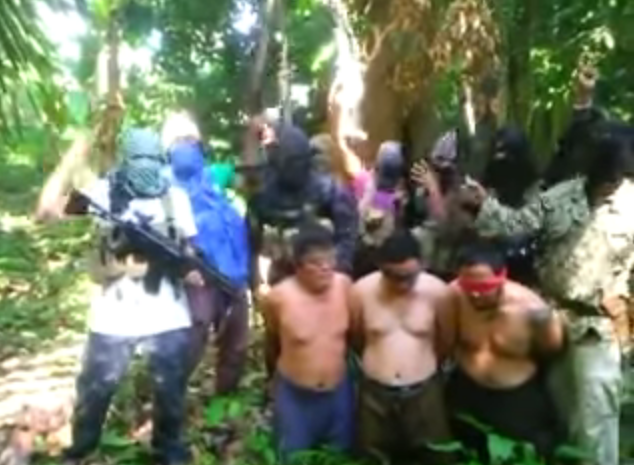 in the Video the Gunmen were seen trying to chop the neck of the Two Coast Guard Personnel who was Seaman 2nd Class Gringo Villaruz, Seaman 1st Class Rod Pagaling and Roberto Bulagao, barangay captain of Aliguay Island in Dapitan City  The video footage in an unidentified place later showed each victim asking help from the Philippine President Benigno Aquino

Taboso also said that the victims were abducted on May 4 at about 1:45 a.m

95.4% of the national budget released by the end of July

JPAugust 27, 2015
Read More
Scroll for more
Tap
Philippines To Buy 100 Patrol Boats To Counter China and Taiwan Vessel
Manila Like You Have Never Seen Her Before