Go signal given to ship Made in China MRT-3 train 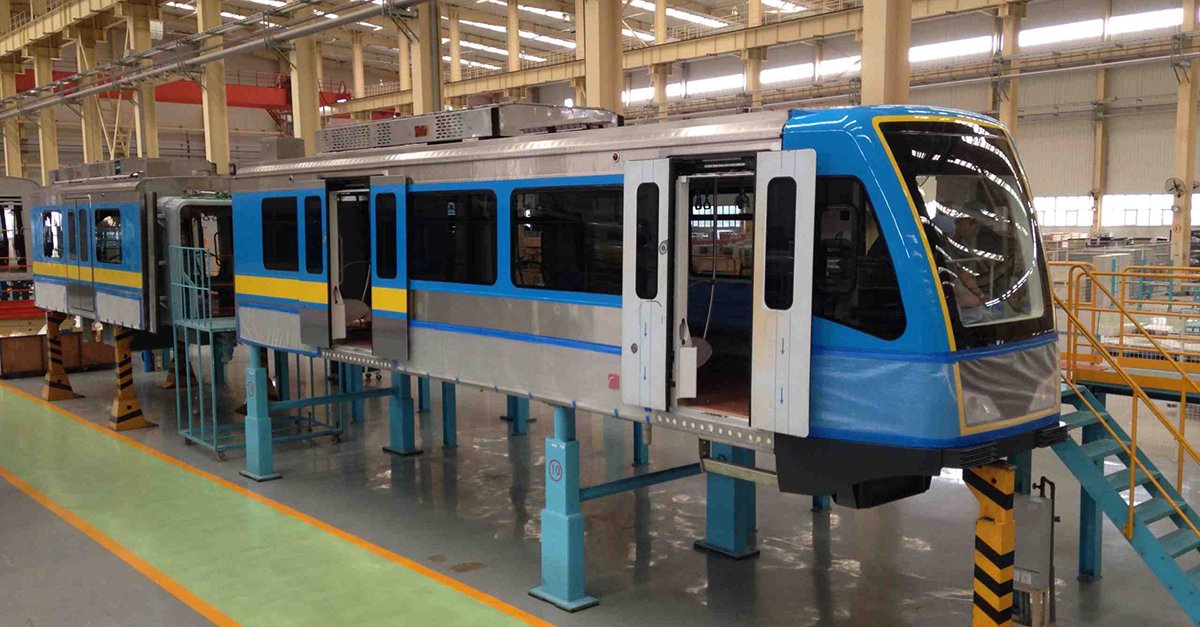 Manila –  The Department of Transportation and Communications’ project implementation team is currently in Dalian, China to make a final check on the prototype train car for the Metro Rail Transit 3 (MRT-3) system, and to give the go signal for shipment to take place on July 29.

The project implementation team is currently going through a checklist with Dalian Locomotive to ensure that the prototype train is compliant with the technical components and specifications of the train coaches.

During their last visit last June, the team approved Dalian Locomotive’s choice of better traction motors which incorporate alternating current (AC) technology for the 48 brand new train cars that will be delivered starting in the first quarter of 2016. This will result in lesser maintenance requirements in the future.

With shipment scheduled to push through on July 29, the prototype is expected and to arrive at the Port of Manila within the week of August 10-14. After assembly and static testing of the unit’s components such as the doors, seats, poles, and hand straps, dynamic testing will be conducted in mid-November.

Aside from the MRT-3, the Light Rail Transit (LRT) Line 1 will also acquire thirty (30) 4-car trains or one hundred twenty (120) coaches as part of the Cavite Extension Project, which will extend the current line from Baclaran to Niog in Bacoor, Cavite. This will be bid out later this year.

Meanwhile, the Philippine National Railways (PNR) resumes operations starting today, after its derailment last April and the rehabilitation works that followed. Rail safety concerns identified by third-party consultant TUV Rheinland have been satisfactorily addressed, leading to the DOTC’s approval of the resumption of PNR’s operations. However, only the commuter service from Tutuban-Alabang will run in the meantime as further works are still being implemented in other sections of the tracks.

Lastly, with the successful pilot test of the new tap-and-go ticketing system for the metropolis’ light rail lines at the Legarda station of the LRT-2 system earlier this week, the DOTC and LRTA are introducing the smart card-based scheme to the Betty Go Belmonte station starting today. The 9 remaining stations will also be activated over the next 2 weeks, before the new ticketing system is implemented at LRT-1 and MRT-3.