The longest-living fish in any aquarium in the world and Shedd Aquarium’s beloved — was euthanized on Sunday due to complications from old age, the Shedd announced on Monday.

According to Michelle Sattler, zookeeper, said Grandpa had been in Chicago since the Century of Progress World’s Fair in 1933, and was estimated to be “somewhere in the neighborhood of 100.”

Granddad arrived at the Shedd Zoo, Franklin D. Roosevelt was US president. The lungfish, who measured four feet and weighed 25 pounds, lived through the elections of 13 more U.S. presidents.

“It is incredible to know that over 104 million guests had the opportunity to see Granddad in our care and learn about his unique species over eight decades,” said Bridget Coughlin, Shedd’s president and CEO.

“For a fish who spent much of his time imitating a fallen log, he sparked curiosity, excitement and wonder among guests of all ages who would hear his story and learn about the incredible biology that makes his species a living fossil and one of the oldest living vertebrate genera on the planet,” Coughlin added.

“Rest in Peace, Granddad,” said Australian Consul General Michael Wood, who praised the Aussie native’s “personal grit” — as well as good care from the Shedd — for his longevity.

In 2013, Australian officials participated in a Shedd party to mark Granddad’s 80th anniversary at the aquarium, where he was fed a layered “cake” filled with smelt and shrimp and decorated with silversides and seaweed.

Wood considered Grandpa as a fine ambassador between his native and adopted countries.

“He exhibited good diplomatic skills. He managed to teach the world about the ‘chilled’ nature of Australian culture, and he was unerringly discreet. These are qualities we’re always looking for in a diplomat. He never gave away a secret,” Wood said.

“Granddad lived a pretty relaxed life, enjoyed interactions with us, including gentle pats along his back, and loved to eat his leafy greens,” Sattler said.

“But worms were definitely his favorite and he would become quite animated on what became Earthworm Wednesdays, when they were dropped into his habitat — animated for a very slow-moving fish. We loved him. And he will be sorely missed.”

The oldest living aquarium fish also liked to root around among rocks for peas and grapes, and sometimes came to the surface for big gulps of air. Lungfish, which have existed for more than 380 million years, are one of the few species of fish that can breathe air.

The death of the iconic fish has saddened many employees. “Within the aquarium, they’re all coming up to me . . . people are affected,” Sattler said.

Granddad was already a mature specimen in 1933, when he and another lungfish were acquired from the Taronga Zoo and Aquarium in Sydney. They landed in Chicago a day before the opening of the Century of Progress and were the first lungfishes displayed in the United States.

He lost interest in food last week. Organ failure was setting in, so he was “humanely euthanized,” according to the Shedd.

The lungfish that accompanied him to the aquarium in 1933 died decades ago. He left no progeny. Granddad’s only survivors are some other fish and turtles in his tank, Sattler said.

Meanwhile, Grandpa’s body will be used for science, says the Zoo owner.

“We do the equivalent of an autopsy. We call it a necropsy,” Sattler said. “We’ve got pathologists who come in.” If it’s removed whole and intact, she said, a bone in his inner ear will help pinpoint his age.” she added. 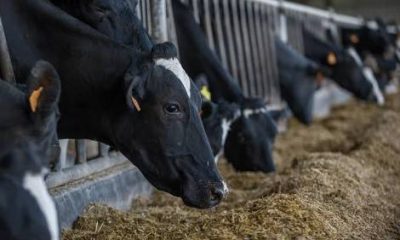 Engineers want to build brewery on the Moon! 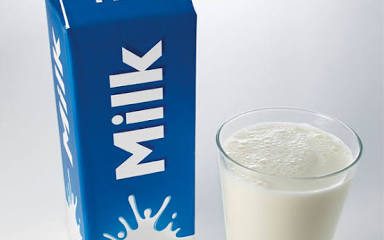 If You Bought Milk In One of THESE States, You Are Eligible For $70 Refund