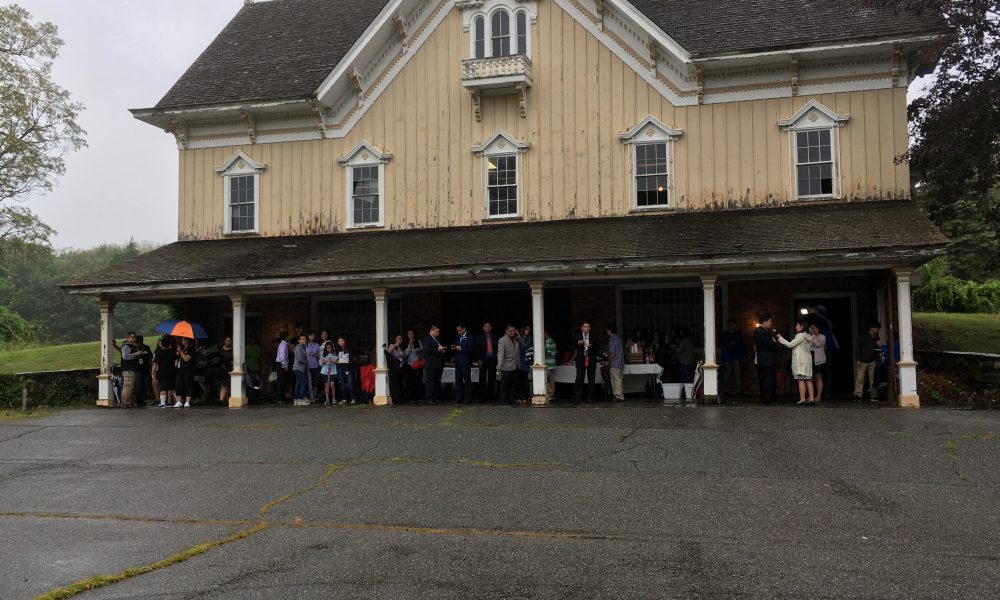 No more ghost town in Johnsonville, after Church of Christ (Iglesia Ni Cristo) purchased the meeting house and vows to bring the so-called ghost town back to life.

For a decades, it is the first time to witnessed many people gathered in the historic Johnsonville ghost town, following it sells one Church buys Connecticut ghost town.

“We don’t like the term ‘ghost town.’ I don’t think anybody likes that. So we would like to bring new life into this village or town,” said Minister Joji Crisostomo of Iglesia Ni Cristo or the Church of Christ.

Iglesia Ni Cristo (Church of Christ) has started in the Philippines, now the non-denominational church has millions of members worldwide and is now the proud new owner of Johnsonville.

Congratulatory remarks has been bestowed after the official papers were signed and the sale was complete.

Tracing the historic village, the “ghost-town” has been considered once a thriving village in the Moodus section of East Haddam, it was built by workers at the nearby Neptune Twine Mill in the mid 1800’s.

The town flourished until the 1960’s. It later became known as a Victorian Village and appeared in a Billy Joel video and a Cuba Gooding Jr movie.

Currently, the village is now part of the Church of Christ which already has three other congregations in Connecticut.

Signing of official papers for buying the property/ Photo via WTNH

“So welcome aboard,” Lyman said.

“Well there are no ghosts here I can tell you that. I haven’t found any yet,” said Mike Dirgo, the village manager for fourteen long years.

Dirgo is confident leaving the property in good hands with the new owner.

“It’s like a still picture in time,” said GP Santos, Legal Counsel for the church. “So nothing but restoration.”

The 62 acre property complete with a church, meeting house, general store, pond, and covered bridge sold for $1,850,000 but it will take more money than that to get it up and running again.

The Church of Christ has actively purchasing many structures in and out of the country, as part of the church mission to reach all people if possible, the words of God.

As of now, the church claims to have congregations in more than 100 countries in the early 21st century.

In the Philippines, it is now considered as the third largest religion in terms of number of adherent, next to Roman Catholic and Islam.

Heaven is Hotter than Hell as described in the Bible

johnMarch 20, 2017
Read More
Scroll for more
Tap
Vatican bars gluten-free communion bread
We use cookies to ensure that we give you the best experience on our website. If you continue to use this site we will assume that you are happy with it.OkPrivacy policy