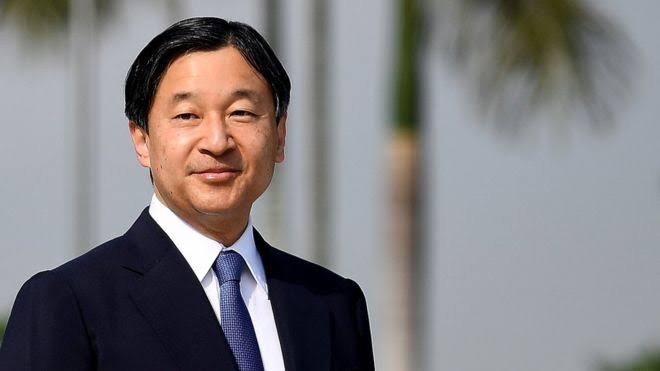 Japan’s new Emperor Naruhito is set to formally mark his ascension to the Chrysanthemum throne, just a day after his father became the first emperor to abdicate in 200 years.

His father served as the country’s symbol and emperor for 30 years.

In his first act as emperor, Naruhito will inherit Japan’s Imperial Treasures in a deeply symbolic ceremony.

The emperor in Japan holds no political power but serves as a national symbol.

It can be recalled that Emperor Akihito, 85, who chose to abdicate due to his age and failing health, stepped down on Tuesday.

“I hereby pray for the well-being and happiness of our country and people of the world,” he said in his final address.

The new imperial era “Reiwa”, whose name signifies order and harmony, began at midnight local time, and will last as long as Naruhito’s reign.

The Kenji-to-Shokei-no-gi – or Ceremony for Inheriting the Imperial Regalia and Seals – will begin at 10:15 local time (01:15 GMT).

Furthermore, Naruhito, 59, will receive three objects – a mirror, sword and gem – which are passed down through generations of emperors and are seen as the symbols of imperial power.

John JosephApril 30, 2019
Read More
Scroll for more
Tap
Venezuela’s Guaido stages coup attempt against Maduro’s rule in his “final phase”
Facebook exec reveals changes in its apps
We use cookies to ensure that we give you the best experience on our website. If you continue to use this site we will assume that you are happy with it.OkPrivacy policy