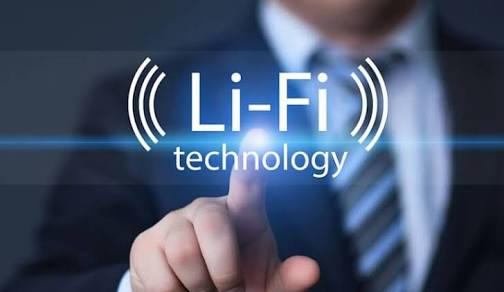 We may encounter a slow internet while surfing and even gaming online, worry no more because some pool of researchers just unveils new technology called Li-Fi or light fidelity a faster system than Wi-Fi.

In 2011, the term light fidelity, or Li-Fi, was coined during a TED Talk by University of Edinburgh professor Harald Haas. It originally referred to an idea Haas had about using light bulbs as wireless routers.

Since then, Li-Fi has since developed to refer to a Visible Light Communications (VLC) system for wireless communications using common household LEDs.

According to the proponents Li-Fi is 100 times faster than we are using today the wide fidelity, a good news for our netizens who hardly enjoy stayinh online.

Now, a research team has found another way to harness the power of light for a more secure and stable wireless connection.

Researchers at Eindhoven University of Technology, led by Joanne Oh, have developed a Li-Fi system that utilizes harmless infrared rays. It was developed as part of the BROWSE project headed by Ton Koonen.

It explains that li-fi has more than 40 Gbit/s per ray, the Li-Fi system’s data capacity is greater than that of a Wi-Fi system.

The technology was made possible through infrared rays the researchers used, which had wavelengths of 1500 nanometers and higher. According to Oh, they even managed speeds of up to 42.8 Gbit/s over a distance of 2.5 meters (8.2 feet). In comparison, most Wi-Fi networks are capable of no more than 300 Mbit/s.

This Li-Fi system uses light antennas to transmit wireless data. These antennas can very precisely direct rays of light from an optical fiber, and each antenna contains a pair of gratings capable of radiating light rays of different wavelengths and at different angles. As such, the system can eliminate interference.

These antennas could be set up on a ceiling, and moving outside the range of one light antenna simply puts you in the range of another.

Below are the comparisons of a li-fi system to wi-fi in various category.

For queries of netizens over adding extra devices to a single antenna won’t be a problem, as each device is given a unique wavelength. That setup results in a connection that isn’t shared by any two devices, which eliminates congestion, a common cause of slow connections in existing Wi-Fi networks.

The gratings used by Oh’s team can handle many rays of light and devices simultaneously.

As soon as the technology can be functional it could promise and deliver work benefits, including increased security and efficiency.

Meanwhile, Koonen expects that the technology could be available in five or so years. As of now, the researchers will continue to work on improving their “indoor optical wireless network.”

Google developed AI program that can learn fast as human

Google introduces new algorithm that can shrinks JPEGS by 35%

South Korea has still the fastest internet speed in the world

johnMarch 11, 2017
Read More
Scroll for more
Tap
Elon Musk launches a company to merge your brain and a computer