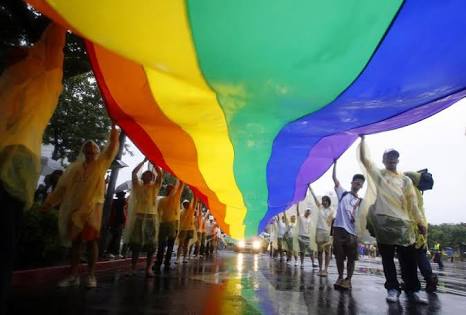 The malaysian government has made a noise online after it offers up to $1,000 for best ‘gay prevention’ video contest.

In the said contest, the participants are invited to submit a video clip addressing various categories including gayness or ‘gender confusion’.

The competition was launched on the Malaysia health ministry’s website, it says the government is offering cash prizes of up to $1,000 for the best videos explaining how to “prevent” homosexuality.

As expected, activist echoing against the competition has expressed their “dismay” on Saturday, June 3, the group said the move will further spread fear among Malaysia’s LGBT community, as conservative attitudes chip away at the Muslim-majority nation’s one-time reputation for moderation and tolerance.

As part if the rules of the competition, “lucky: winners will take home between 1,000 and 4,000 ringgit ($235-$940) after the competition closes at the end of August, the ministry’s website said.

The ministry also said, the short video clips should to focus on “prevention, control and how to get help” as well as “issues and consequences”.

Also, the guidelines described the overall theme of the video contest as: “Value Yourself, Healthy Lifestyle Practice.”

“Each work will be judged on originality, content, concept and creativity and quality production by a panel of judges appointed by the organizers,” according to the health ministry’s website.

“The very fact that they lump LGBT people under a category called ‘gender confusion’ shows that the authorities are very much confused themselves,” Pang Khee Teik, a well-known local activist, told Agence France-Presse (AFP).

“It is mind-blowing that a government agency wants the whole country to be sucked into its confluence of confusion,” Teik added.

Furthermore, the participants in the competition can also make videos about sex and the internet, or sexual health.

Speaking on the Malay laws and culture, it is strictly prohibits homosexuality, where laws criminalizing sodomy can result in imprisonment, corporal punishment and fines.

Pang said LGBT people have difficulty accessing good medical services in Malaysia due to a distrust of health care authorities.

“This kind of contest will only add to the confusion and distrust and fear,” he warned.

Nisha Ayub, Malaysia’s most prominent LGBT activist, said health authorities were initiating hatred and discrimination against the community in Malaysia.

“The ministry needs to revise this and think about their actions,” added Ayub, who last year became the first transgender woman to be named in the list of International Women of Courage by the US State Department.

It is not the first time Malaysia hitted the worldwide headlines, it can be remembered in March over its attitudes to homosexuality, the country’s film censorship board demanded cuts to Disney’s hit movie “Beauty and the Beast” because of a “gay moment”.

But the entertainment giant refused to remove the scene and said it would release the film in full.

johnJune 7, 2017
Read More
Scroll for more
Tap
Crisps are addictive as hard drugs, says science
Scientists used stem cell to reverse death
We use cookies to ensure that we give you the best experience on our website. If you continue to use this site we will assume that you are happy with it.OkPrivacy policy