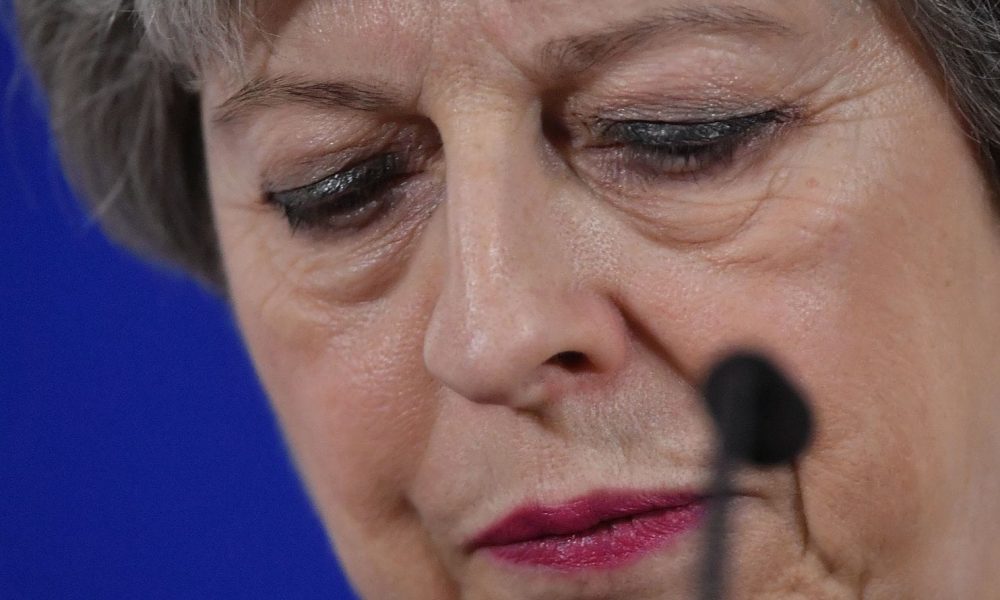 MPs have rejected Prime Minister Theresa May’s European Union withdrawal agreement on the day the UK was due to leave the EU.

The government lost by 344 votes to 286, a margin of 58, and means the UK has missed an EU deadline to delay Brexit to 22 May and leave with a deal.

May said the UK would have to find “an alternative way forward”, which was “almost certain” to involve holding European elections.

Labor’s Jeremy Corbyn said “this deal now has to change” or the PM must quit.

PM May now has until 12 April to seek a longer extension to the negotiation process to avoid a no-deal Brexit on that date.

With a clear majority in the Commons against a no-deal Brexit, and with MPs holding more votes on alternative plans on Monday, May said that the UK would have to find “an alternative way forward”.

The prime minister said that the outcome was “a matter of profound regret”, adding that “I fear we are reaching the limits of this process in this House”.

John JosephMarch 30, 2019
Read More
Scroll for more
Tap
Christchurch attack victims honored via memorial service in NZ
Female candidate is a front runner in Slovakian Presidential Elections
We use cookies to ensure that we give you the best experience on our website. If you continue to use this site we will assume that you are happy with it.OkPrivacy policy