More than 300 lives were killed after a tsunami swept an Indonesian city following a 7.5 magnitude quake in the country.

According to local report, more than 380 people have been confirmed dead after a huge tsunami triggered by a magnitude 7.5 earthquake hit Palu city on Friday.

Based on the local residents’ accounts, waves up to 3m (10ft) high swept through Palu on Sulawesi island.

Due to the series of strong aftershocks rocked the city on Saturday. Thousands of homes have collapsed, along with hospitals, hotels and a shopping center.

Rescue efforts are under way, though hampered by a major power cut. The main road to Palu has been blocked due to a landslide, and a key bridge is out of action.

According to the data of Indonesia’s disaster agency said at least 384 people had been killed, but the number is expected to rise. At least 540 have been injured, and 29 are listed as missing.

“Many bodies were found along the shoreline because of the tsunami, but the numbers are still unknown,” Sutopo Purwo Nugroho, a spokesman for the agency, told Reuters.

“When the threat arose yesterday, people were still doing their activities on the beach and did not immediately run and they became victims,” he told a news briefing.

“The tsunami didn’t come by itself – it dragged cars, logs, houses – it hit everything on land.”

Some survived by climbing 6m (18ft) trees to escape the huge waves, the spokesman said.

The main airport in Palu has been closed since the tsunami hit.

Meanwhile, the minister said the runway had been damaged but that it was hoped helicopters would still be able to land.

Missing piece of Stonehenge has returned after 60 years

Two Reuters journalists freed after more than 500 days in jail 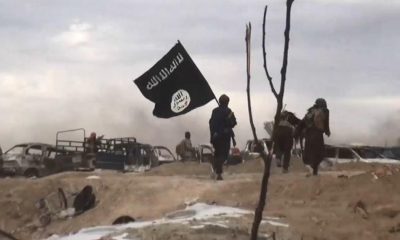 ISIS leader seen in a first video in five years 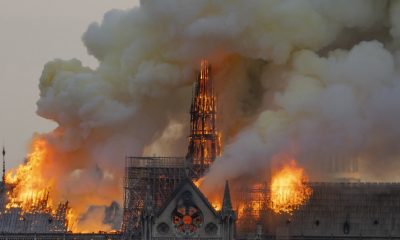 John JosephApril 15, 2019
Read More
Scroll for more
Tap
Air Niugini aircraft misses runway, land on a sea lagoon in Micronesia
China reported a significant increase of new HIV/Aids cases
We use cookies to ensure that we give you the best experience on our website. If you continue to use this site we will assume that you are happy with it.OkPrivacy policy