Quantum technology offers a wide variety of safe, secure and consistent scientific services to the world.

One of the latest undertaking of the “applauded” technology was the quantum video call which launched this September 2017.

The call was initiated and spearheaded by Academy of Sciences, between Beijing and Vienna, capital city of China and Austria, respectively.

Last September 29, a video call took place between Beijing, the capital of China, and Vienna, the capital of Austria. The video communication call was not an ordinary call, however: it was the first live demonstration of a call powered and securely encrypted using quantum technology.

It marks a huge breakthrough in the realm of quantum communications, and shows the potential impact the technology could have on how information is transmitted and secured.

The said video call was encrypted by sending information embedded in particles of light (photons) generated by the Micius satellite.

Furthermore, Micius was launched last year and successfully used quantum cryptography to send data to Earth back in August.

As explained by the Austrian Academy of Sciences, the photons are sent to ground stations located in China and Europe, as well as the Satellite Laser Ranging Station in Austria’s city of Graz.

Using the orbital relay station, communications can bypass the limitations imposed by the curvature of the Earth and the signal loss in long fiber optic cables.

More importantly, unlike traditional communication methods (which can be hacked by anyone with the right technical knowledge) the process for quantum communications is said to be unhackable; anyone who attempts to infiltrate the system will immediately be discovered.

Photo via Austrian and Chinese Academies of Sciences

“If somebody attempts to intercept the photons exchanged between the satellite and the ground station and to measure their polarization, the quantum state of the photons will be changed by this measurement attempt, immediately exposing the hackers,” explains Johannes Handsteiner from the Austrian Academy of Sciences.

As of now, the notable feature of quantum communications are only currently unhackable, and that’s largely due to how new the technology is. Someone could eventually devise a way to intercept such communications, which would hopefully, in turn, spur the development of more secure methods.

Speaking on the scope of the availability, Academy of Sciences said Beijing and Vienna won’t be the only cities to experience quantum video calls, though.

Future calls are planned between China and Singapore, Italy, Germany and Russia. Through constant use, we may be able to learn of the technology’s limitations, and the minimum hardware required to make it possible. 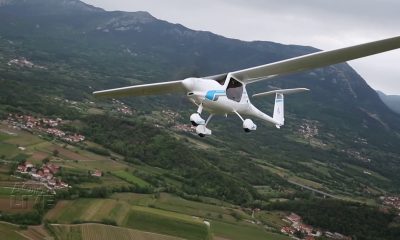 johnNovember 4, 2017
Read More
Scroll for more
Tap
Saudi okays women to drive at the age of 18, same as men
Dutch couple caught doing oral sex gone viral
We use cookies to ensure that we give you the best experience on our website. If you continue to use this site we will assume that you are happy with it.OkPrivacy policy