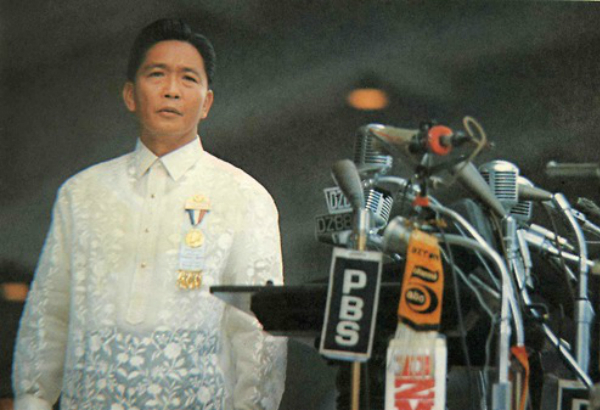 Former Philippine President Ferdinand Marcos allowed to be buried in Libingan ng mga Bayani (Cemetery of Heroes) as Supreme Court decided in a controversial ruling where critics said would clear his crimes and divide the nation.

Court spokesman Theodore Te said, “There is no law that prohibits the burial,” as he read a summary of the judgement.

He said the Supreme Court’s decision to dismiss the petitions are based on five main reasons.

First, there was no grave abuse of discretion on the part of President Rodrigo Duterte in ordering the burial of Marcos at Libingan ng mga Bayani because it was done in the exercise of his mandate. Second, President Duterte has the power to reserve for public use and for specific public purposes, any lands under public domain. Third, Marcos’ remains can be placed at Libingan ng mga Bayani because he was a former president, commander-in-chief, soldier, medal of valor awardee and legislator that was under the regulations of the Armed Forces of the Philippines. Fourth, the Supreme Court disagreed Marcos was “dishonorably discharged,” saying that disqualification only related to military. Fifth, Marcos’ was not convicted of crimes involving moral turpitude so, he cannot be disqualified from burial at Libingan ng mga Bayani.

Former Senator Ferdinand “Bongbong” Marcos Jr. said that their family is grateful of the Supreme Court’s decision to allow his father’s hero’s burial at the Libingan ng mga Bayani. He also thanked President Duterte’s acton of unwavering commitment to the rule of law.

“It is our sincerest hope that this will lead the nation towards healing,” he said, reports CNN Philippines.

He added that his father’s burial is a family decision saying his mother Imelda Marcos ultimately decided on it although it was a national concern.

Marcos said they will start discussing together with his family regarding the interment the next day.

The one who inhibited himself from the case is Associate Justice Bienvenido Reyes.

US, Japan vows to escalate pressure after North Korea fires missile over Tokyo

johnApril 27, 2017
Read More
Scroll for more
Tap
Philippine fishermen regain access to Scarborough Shoal
Chinese ships still guarding as Filipinos sail back to Scarborough Shoal
We use cookies to ensure that we give you the best experience on our website. If you continue to use this site we will assume that you are happy with it.OkPrivacy policy