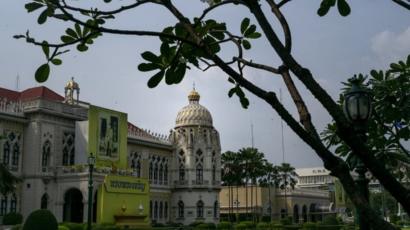 Nearly a week after Thailand’s election, the first since the coup of 2014, it remains unclear which party could form a government.

However, the count has been marred by concerns over voting irregularities and official results are due by 9 May.

Meanwhile, Sunday’s election had been billed as a return to democracy for Thailand.

But the military was criticized for taking steps to ensure it would remain influential in politics, including appointing all 250 seats in the upper house or senate.

A complicated system of allocating seats in parliaments based on vote share, introduced by the military, means it remains unclear how many seats each party will ultimately have.

In previous Thai elections, the results came through more quickly and clearly.

This time the EC had problems tabulating results from the 350 constituencies. On Sunday there were some crazy figures from a few.

They also stopped the publishing statistics of the election results, after the numerous inconsistencies were recorded.

The voter turnout announced also seemed far too low at 65%.

The sole international monitoring entity, ANFREL, was also critical to the commission just before and during the elections.

This year’s Thai elections was significant, for it is the country’s bid to democracy since 2014, which the government was ruled by military juntas.

John JosephMarch 30, 2019
Read More
Scroll for more
Tap
Influential director Agnes Varda dies at the age of 90
Italy parliament is now in a row over sexual violence law
We use cookies to ensure that we give you the best experience on our website. If you continue to use this site we will assume that you are happy with it.OkPrivacy policy