A French nightclub manager suffered second-degree burns when a vaping device in his pocket suddenly exploded.

A CCTV footage from outside the Toulouse club shows Amine Britel appeared to be engulfed by flames while talking to fellow smokers. Two men rush to Britel, trying to put out the fire while he’s about in panic.

“I heard what sounded like a firecracker but ten times louder,” Britel said.

“After the shock of the explosion, I realized I had caught on fire.” he added.

Firefighters took Britel to the emergency room, where he suffered burns to the side of his abdomen and to his fingers because of trying to remove the vape from his pocket.

Britel believes that the e-cigarette’s hot battery came in contact with coins in his pocket, resulting sparks caused the explosion. Though the name of the device’s manufacturer has not been disclosed, Britel confirmed that he reported the incident to the China-based firm.

This pilot captures stunning storm from 37,000 feet above pacific

Pub staff proves their bar is haunted with this freaky footage

A Reddit user claims of an “iPhone 7 Plus explosion” 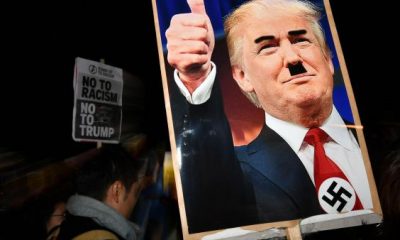 MarinelleNovember 10, 2016
Read More
Scroll for more
Tap
Pub staff proves their bar is haunted with this freaky footage
An electric self-driving truck that can be built in 4 hours